IVLP: A Project for Korean Journalists

On Thursday October 18, 2012 QPTV, welcomed another group from the U.S. Department of State Bureau of Educational & Cultural Affairs. QPTV has become an important site to visit for the participants in the International Visitor Leadership Program. This time around our guests were all women from South Korea, including two who had previously defected from North Korea. Needless to say QPTV was very excited to have this group visit our facility.  Luchia Dragosh, Steven Williams and Cliff Jacobs addressed the group. Luchia also doubled as photographer.

The Korean journalists, like their counterparts from other countries, were very interested in understanding how community media works here in Queens. Once again the major areas of interest included funding, non-censored program content and overall community participation.  Our guests were given a detailed explanation as to how community television is funded.  As the saying goes, “Talk is cheap, free speech isn’t.” The journalists were presented with the concept of “public rights of way” and how commercial entities must give something back to both the community and to the municipality where it is located for the right to use the public rights of way. This unique relationship between a community and a commercial business is the basis for requiring cable operators to underwrite community television. Funding is not a one time requirement but a contractual obligation that must be honored annually.  The journalists were also told that community television stations are not-for-profit centers and they are not allowed to cablecast commercial material.

The First Amendment is, perhaps, the bedrock of community media, it is uniquely American. The ideas embodied in the First Amendment to the Constitution are absolutely essential to the establishment of a free press. The media, whether commercial, not-for-profit, or community based, must be free from government control and censorship if it is to inform, educate, and inspire the populace.

Community involvement in local media and social networks is important because everyone has a voice, especially the disenfranchised that are often overlooked by mainstream media. Women, youth, minorities and members of the LGBT community are particularly empowered through their participation in community media. Freedom (of speech), financing and inclusion are important for the establishment of community television.

Queens Public Television has long been a leader in field of Community Media not only for what we do but also for the manner in which we provide media services to the community.  Our ten-week workshops in field production, editing, and studio production fully prepare each trainee to become an independent producer. Many access organizations provide a general overview of the production process with very little hands-on experience. We accomplish, in thirty hours, what some colleges take an entire semester to achieve: independent producers who are self sufficient and technically proficient.  This is also the reason why college students make QPTV their destination for internships, as we provide them with practical hands-on real world experience.

We were expecting a second group of visiting journalists from French speaking Africa on Friday November 2, 2012 but hurricane Sandy prevented the journalists from leaving Virginia and so they had to cancel their visit. 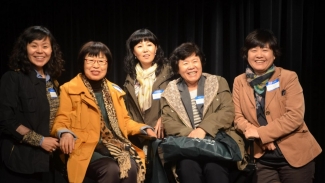 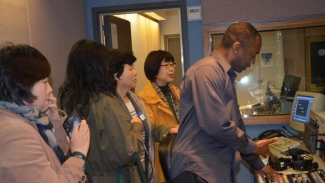 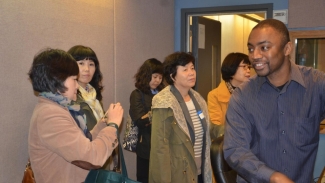 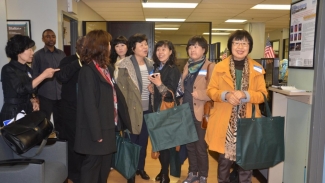 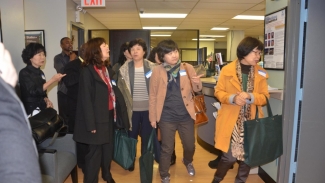 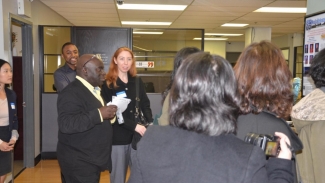 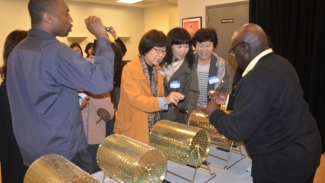 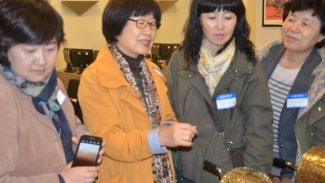