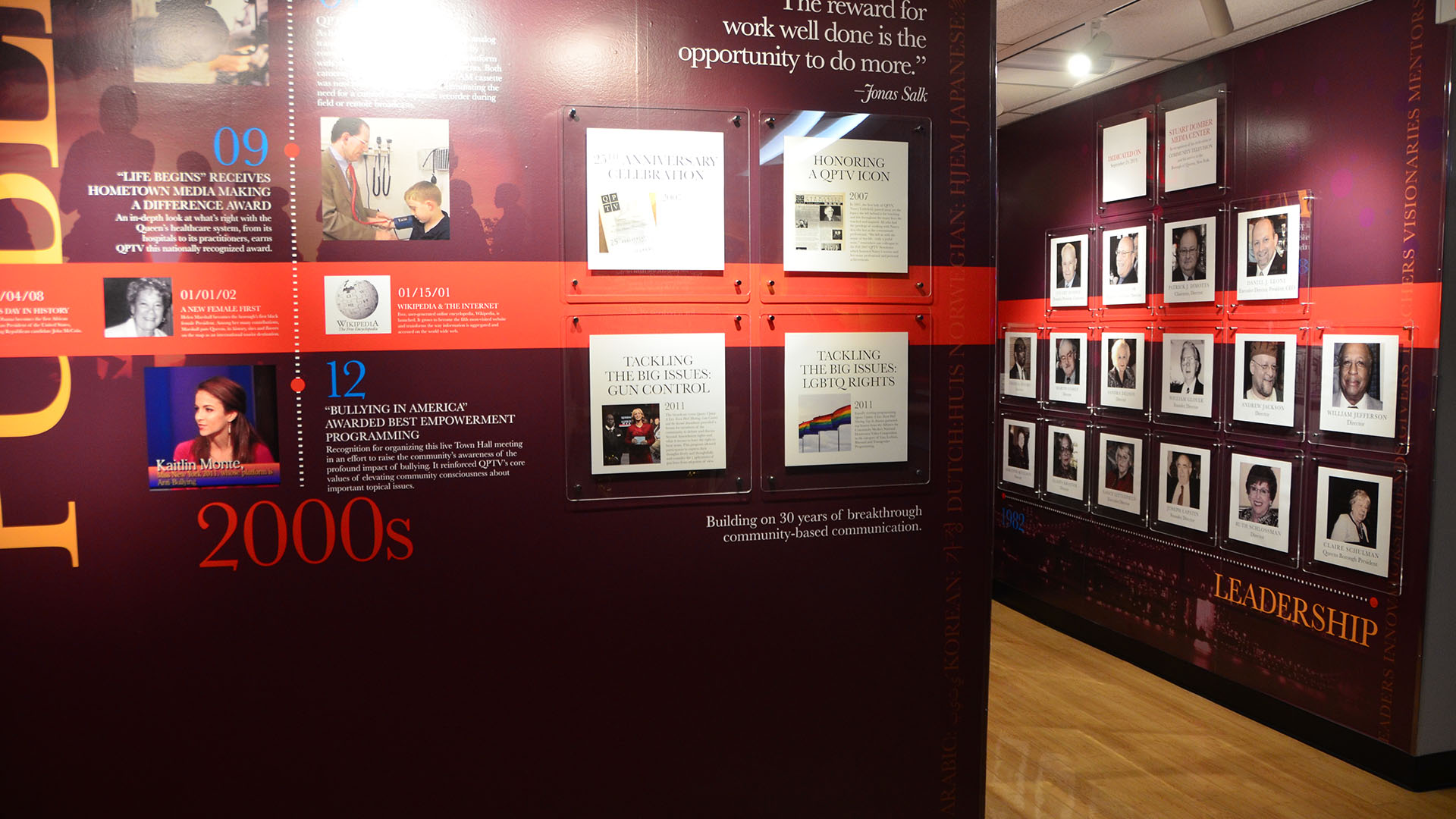 QPTV has a long standing history of serving the community. In 1982 QPTV made its entrance on the national stage of community television. Since our inception we have trained thousands of residents and cablecast over 90,000 programs. QPTV continues to be a leader in community television in New York. For over 30 years QPTV has advocated and supported media “of the people, by the people, for the people.”

Queens, New York is the most diverse community in the world. Over two hundred languages and dialects are spoken here. Every race, creed, culture, religion, and political point of view can be found, not only in this community, but also on our four channels. QPTV is democracy in action: we are committed to assisting everyone in this community to exercise their First Amendment right to free expression.

QPTV has become the destination for journalists visiting from abroad, especially from those countries that are in a struggle for liberation. The International Visitor Leadership Program is an extension of the U.S. Department of State. Journalists from Iraq, Afghanistan, Korea, Libya, and Francophone Africa have visited our facilities over the past year. The journalists, as can be discerned from the list, are from countries deeply involved with the struggle for liberation. They are keenly interested in establishing a center for community media in their respective countries; a media free from government control and censorship. QPTV has become a model for journalists freeing themselves from oppressive governments.

We are proud of our award winning series: Queens Update: A Live Town Hall Meeting which has earned recognition for the programs Bullying in America and Gay in America. QPTV’s latest original series, Understanding Mental Illness, has been honored with two first place awards from the Alliance for Community Media’s Northeast Region Video Festival for the episodes “What is Mental Illness?” and “Community Based Treatment.” We’ve also covered other hard hitting and controversial issues like building a mosque near Ground Zero, the disturbing reality of illegal gun violence, and the death penalty.
Community Television offers an opportunity for every individual and not-for-profit organization to participate in community media, free from censorship, which is guaranteed and protected by our First Amendment.

Long, long ago in a city not so far away, there was a Mayor named Koch, a Borough President named Manes and a consultant named Domber. It was 1982 and Queens Public Television was about to make its entrance onto the world stage.

In 1987 a new staff was pulled together under the direction of Nancy Littlefield including current members Dan Leone, Cliff Jacobs and Bob Strahle.

In 1988 QPTV launched its cable transmission with a single program, the delightful "Slovak Sunshine."

Since opening, QPTV has trained thousands of Queens residents in production and has worked with hundreds of not-for-profit organizations whose services benefit the entire borough.

Our producers represent the most diverse community in New York. Virtually every culture, religion, political point of view or opinion can be found on our four channels. QPTV is democracy in action.