IVLP: A Project for Afghanistan

The International Visitor Leadership Program (IVLP) is administered by the United States Department of State’s Bureau of Education and Cultural Affairs is their signature professional exchange program. The pupose of IVLP is to build a bridge of mutual understanding between nations that supports the foreign policy goals of the United states and that reflects the professional interest’s of the participants. Participants in the program are either established or potential opinion makers in their country of origin. The International Visitors are selected by American Embassies overseas who travel to the U.S. to meet their American counterparts and to acquaint themselves with the socio-political, ethnic, cultural and economic diversity of this country. Former IVLP alumni include President Nicolas Sarkozy of Franc, Prime Minister Gordon Brown of the U.K. and President Hamid Karzai of Afghanistan.

Participants typically visit four U.S. cities over a period of three weeks. The participants may or may not know each other prior to traveling together.

QPTV proudly hosted two visitations by foreign journalists participating in the IVLP Program and, achieved international recognition as a result. In September we were visited by a group of journalist from Afghanistan followed by a visitation of French speaking African journalists in November. Each group had a different purpose for visiting and a different focus.

On September 22, 2011 a group of fifteen journalists from Afghanistan visited QPTV’s  Studio. They were part of the International Visitor Leadership Program (IVLP) which is part of the Bureau of Educational & Cultural Affairs under the U.S. Department of State. The visiting journalists comprise the staff of the Government Media and Information Center (GMIC) of Afghanistan. Also present were Senators and spokespersons for the Government of Afghanistan.

The aim of the project is to introduce American media including its structure, resources and organization and to examine the relationship between media and government.

The journalists from Afghanistan visted a number of major media outlets across the country, with QPTV being their last stop before heading home.

Of particular interest to this group of journalists was to look at the structure and management of communications from a governmental perspective as well as from the perpective of an independent media. Essentially there are three models that one can look at: 1) the BBC model where television is completely under government control; 2) mainstream corporate communications where the media is independent but commercial (CBS, NBC, CNN) and; 3) independent non-commercial  broadcast television (PBS, CPB); 4) independent community based media (Public Access).

The following is quoted from material provided by the IVLP. “The purpose and goals of the Government – Media Communication Strategies Program are: 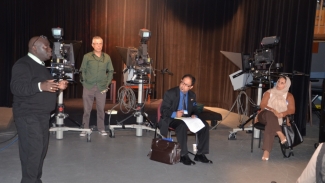 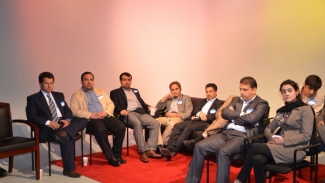 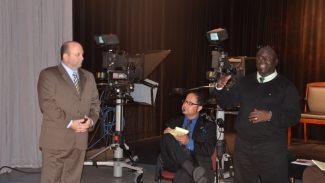 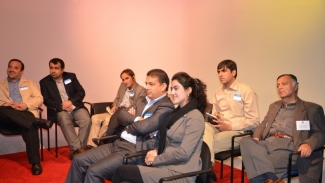 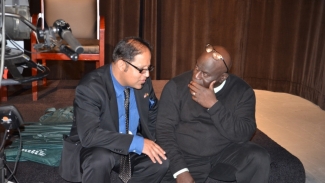 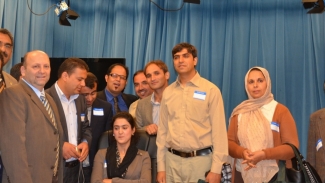 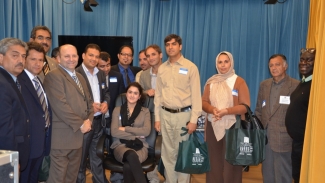 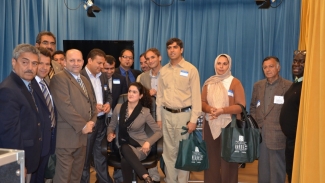