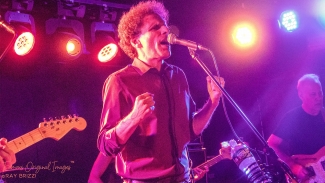 This episode of “Queens Creative” spotlights the talented singer-songwriter, film composer, film sound editor and Forest Hills, Queens resident, Eytan Mirsky. In addition to the seven album releases credited to Mr. Mirsky as an artist, Eytan has also written music for a number of critically acclaimed and award-winning films such as “Happiness,” “American Splendor,” “Palindromes” and “The Tao of Steve.” And if that wasn’t enough, in addition to his musical work, Mr. Mirsky is also a skilled film sound editor, having lent his talents to several Academy Award-winning motion pictures including “Chicago” and Ron Howard’s “A Beautiful Mind.”

Listen in as Eytan and “Queens Creative” host, Mark Bacino discuss Eytan’s music, his collaborative relationship with renowned filmmaker, Todd Solondz, what it was like to have one of his songs sung by REM’s Michael Stipe and much more. Then, be sure and stick around after the interview as Eytan treats listeners to a remote, live performance direct from his home in NYC.